A few of you left comments on this blog a few weeks ago to say they wanted to hear more about my African adventures and travels. Because of the thousands of photos I have to sort from my three years in Ethiopia (2006-2009), I thought I would start this series of posts with my most recent travels.
Between March and June 2010, I spent just over 3 months on the road travelling to 4 countries in East and West Africa. Although the purpose of this trip was work-related (I was teaching a statistics course to African postgraduate students at 5 different universities), my colleague and I had lots of opportunities at the weekends to go off and discover some amazing places.
﻿
Thr first of the training courses took place at the Sokoine Agricultural College﻿, in a town called Morogoro about 3 hours away from the capital Dar es Salaam. Lying at the feet of the Uluguru mountains, the campus is lush green and unlike any campuses I had ever seen!

What I really loved about this campus was that it was reptile heaven! In particular, I looove geckos and it was so cool to have those guys living in my bedroom (other people would be freaked out, I loved it!). 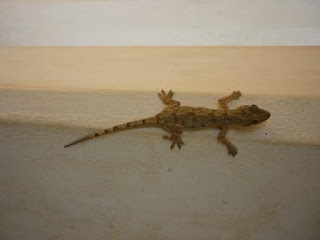 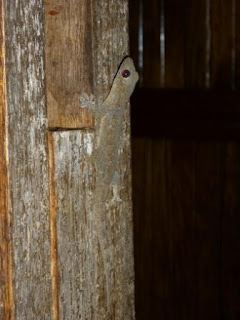 The campus is like a mini-village in itself. Being an agricultural college, crops are grown on campus and livestock are reared too. Milk and yogurt are produced on the dairy farm too so you can nip across at lunch time and buy some delicious fresh yogurt to drink while eating stewed bananas: yummy! 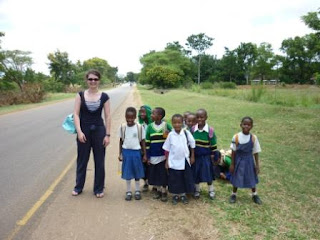 Not only was this my first proper experience of teaching (and I was really nervous about being rubbish), but the local conditions sometimes made it challenging to conduct an 8 hours teaching day: (in no particular order) power cuts, 38 degrees celsius in the teaching room, monkeys coming into the classroom and scratching their bits in front of everyone... 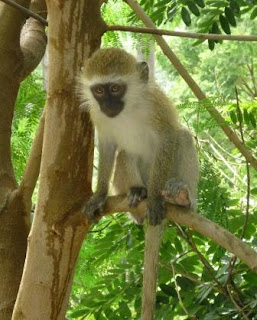 All of these things would have been a lot easier to deal with had I not fallen seriously ill 3 days after arriving in Tanzania. I am always sick when in Africa as I have a sensitive gut but still, 3 days was a new personal best record even for me. And this time, it wasn't just an unconfortable tummy bug...no no no, this was grandiose! On day 3 of my trip, I found myself being rushed to hospital with amoebic dissentry!
Of all the things I wanted to visit while in Tanzania, the local hospital wasn't on the list! To this day, I am still unsure whether it was the pizza or fanta from the night before that led me to hospital...I woke up at 3am not feeling so good and very quickly lost a lot of fluid, not being able to hold down any of the water I was drinking to rehydrate. When my colleague found me 6 hours later, I was half passed out on the bed and could not stand up any more. Anyhow, despite the basic facilities at the hospital (that's the understatement of the century), I received very good care from the doctor/nurses. I was put on a drip for several hours and was also diagnosed with early stages of malaria...my luck kept getting better and better!
So I was off work for 2 days and I then had to resume teaching despite not being able to eat or stand up for very long. I didn't eat for almost 2 weeks and lost over a stone in the process. While this wasn't an unpleasant side effect ( we were going to scuba dive in Zanzibar soon and I finally had a poorly but bikini-worthy body!) it made the first few weeks of our working trip quite difficult (and worrying for Mr T back home).
That's why I had to pull out at the last minute of a hiking trip that was taking place the first weekend after we arrived. The University's hiking club was training for the ascent of Kilimanjaro later that year and were going on a day hike to Mount Bondwa in the Uluguru mountains. My zombified self stayed home but my colleagues went along for what turned out to be one very long and difficult hike (she was gone for 8 hours!)
The Uluguru Mountains are named after the Luguru tribe that inhabits them and rise to 2,630 m in altitude at its highest point. 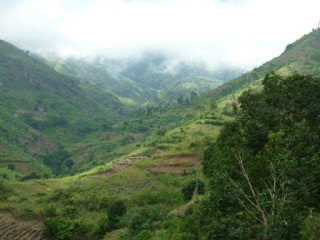 The Uluguru mountains are home to more than 100 plants, 2 birds, 2 mammals, 4 reptiles and 6 amphibians which are known from nowhere else in the world (thank you Wipikedia!). This chameleon below is one of those species that is only found on the Uluguru mountains. It is very rare and my colleague was lucky enough to come across it! 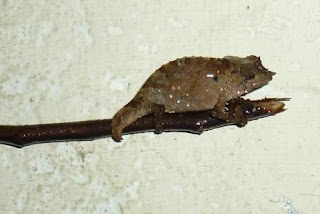 The mountain fauna also included ants (lots of them!) 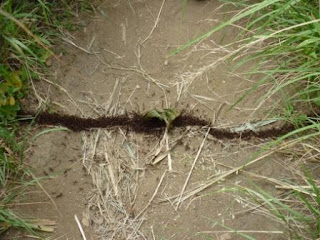 ... and other odd looking bugs! 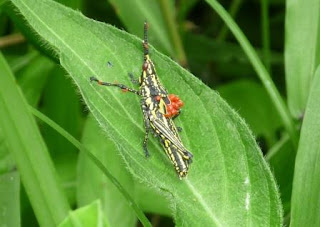 And all of this happened within 7 days of landing in Tanzania! Join me soon for my next Tanzania post in which I have a dangerously close encounter with an elephant at night, go on a safari and visit yet another Tanzanian hospital (travelling with me is never boring!)
Hope you have enjoyed those glimpses of my pre-Suisse history, it is certainly fun to go through my old photos and remember those memories to share them with you. And don't forget if you haven't done so already, become a "follower" of this blog to be kept updated on the next installment of these African posts.
Posted by Made in Suisse at 08:00